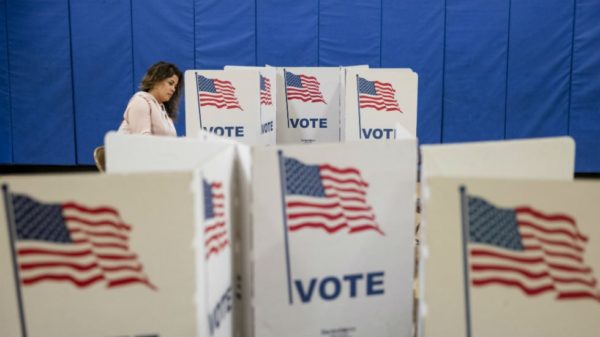 Hackers on Tuesday released a sample of stolen election-related documents from networks in Hall County, Ga., as part of their efforts to pressure county officials into paying a ransom for control of the files.

The Wall Street Journal reported that the batch of files, which were largely administrative and nonsensitive in nature, came as part of a threat from hackers urging officials to comply with their demands or risk more sensitive information being released.

Hall County officials did not immediately return a request for comment from The Hill on Thursday.

The files reportedly appeared on a website run by a hacking group known for its use of DoppelPaymer ransomware, which encrypts files with a promise to return control to the original owner once demands are met.

County officials announced the attack earlier this month, and an investigation is underway.

"A ransomware attack has occurred involving critical systems within the Hall County Government networks, including an interruption of phone services. As soon as it occurred, the County began working to investigate the cause, to restore operations, and determine the effects of the incident. Hall County has also enlisted the assistance of third party cyber security professionals to expedite the recovery," county officials said in a news release on Oct. 7.

Some county officials told local media at the time that backup systems had been put in place to prevent a total shutdown of county activities before the attack hit.

“It’s been more of an inconvenience than anything,” said the county's Fire Services division chief, Zach Brackett, in an Oct. 14 interview with the Gainesville Times.