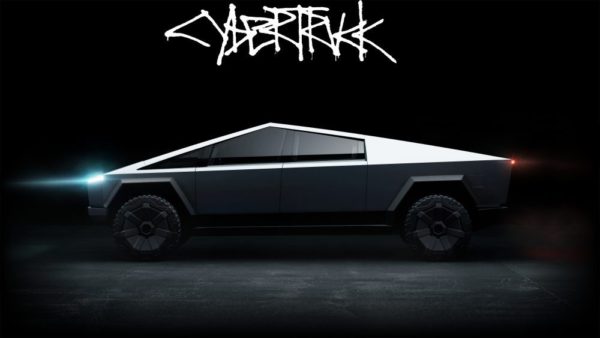 Tesla has been updating the Cybertruck’s design and now CEO Elon Musk says that Tesla will be ready to unveil the electric pickup updated design in “a month or so.”

Last month, Musk did a design review of the Cybertruck with Franz von Holzhausen, Tesla’s design chief, and said that the automaker is implementing several improvements to the electric pickup unveiled a year ago.

On Twitter on Sunday, Musk said that Tesla is going to release images of the updated design in about a month.

There are over half a million people who already placed a reservation for the Cybertruck and they will be curious to see how Tesla updated the design.

It is unclear what changes Tesla is implementing on the electric pickup truck.

Musk previously talked about Tesla updating the Cybertruck’s adaptive air suspension. They also talked about making the truck smaller, but Musk scrapped that plan after another design review back in May.

At the time, the CEO also talked about making the “center line more level,” and “lowering the window sill height.”

While the plan to make the truck smaller was scrapped, those design changes could still be on the table.

Pablo Cubarle, a freelance editor, previously shared this updated render of Cybertruck with these modifications:

Here’s also a slidable image comparison of the two designs with the original on the left and modified on the right:

But that was after the previous design review of the truck and more changes are expected to be implemented.

What else would you like to see change on the Tesla Cybertruck? Let us know in the comment section below.

Those two electric trucks will have between 300 and 500 miles of range and be equipped with dual- and tri-motor powertrains and start at $49,000.

A cheaper and lower range version of the Tesla Cybertruck is going to be available later.