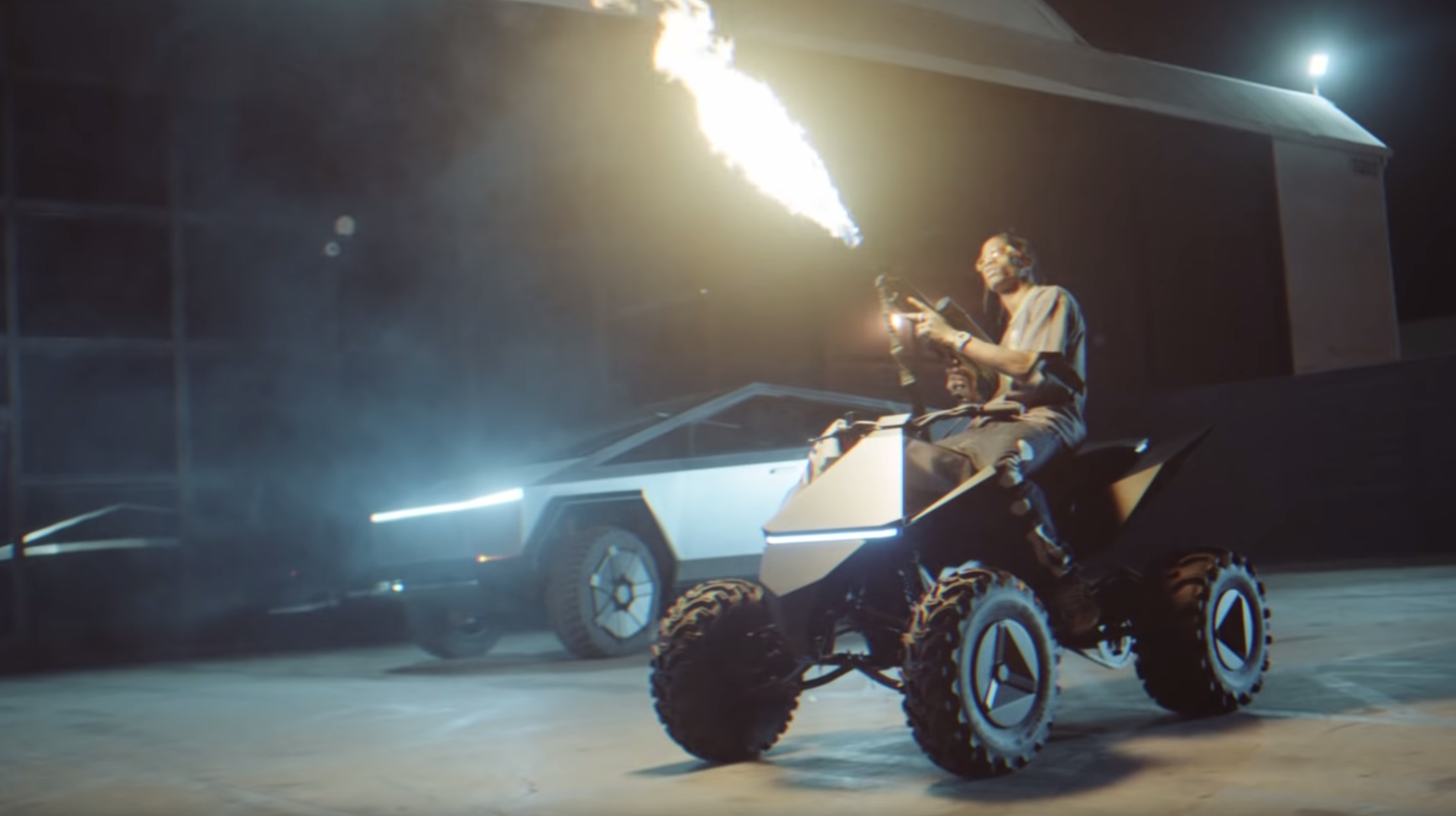 Cybertruck is making its music video debut today in a visual released for a new song from high-profile hip-hop artist Travis Scott. The video also features Tesla’s prototype electric Cyberquad ATV that the company unveiled alongside the new electric pickup, as well as Musk’s “Not a flame thrower” from The Boring Company.

While Cybertruck can be spotted parked throughout the new video, Travis Scott can be seen riding the Cyberquad ATV prototype in several scenes.

Head below to check out the full video.

Earlier this week, Elon Musk was spotted hanging out with Travis Scott and others during the holidays as seen on Kim Kardashian’s Instagram account. The new “Gang Gang” music video is one of the first visuals from Travis Scott’s latest collaborative album Jackboys that released December 27 on streaming platforms.

The music video debut for Tesla’s Cybertruck follows its first official public outing along with the ATV prototype and new Roadster at Tesla’s holiday office party earlier this month.

With a starting price of $39,900, Cybertruck had reached 250,000 pre-orders as of November 26, according to a tweet from Tesla CEO Elon Musk. That came just one week after the unveiling of the vehicle in November.

Check out the full Cybertruck music video cameo below: