Snapchat Speech Could be Out-of-Bounds for School Discipline 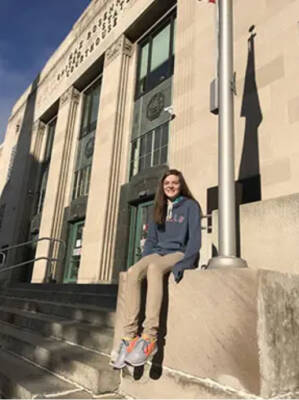 B.L. was a promising cheerleader at Mahanoy Area High School in Mahanoy City, Pennsylvania. She had been involved in the sport since elementary school, and as a freshman participated on the junior varsity team. Going into her sophomore year, she was hoping to make the varsity squad. To her disappointment, she was once again placed on the JV team, overlooked in favor of a new freshman at the school. As any teen would be, she was very upset about this. And as many teens do, she expressed her frustration on social media. Specifically, she posted two messages to her Snapchat story, which included a photo of her and a friend raising their middle fingers with the caption “F*** school f*** softball f*** cheer F*** everything.”

The school responded by kicking her off the team for a year for violating school and team rules which required cheerleaders to “have respect for [their] school, coaches, . . . [and] other cheerleaders”; avoid “foul language and inappropriate gestures”; and refrain from sharing “negative information regarding cheerleading, cheerleaders, or coaches . . . on the internet.” This prompted B.L. and her parents to sue the school district, arguing that the school violated B.L.’s First Amendment right to free speech.

So, does a school have the authority to dismiss a student from an extra-curricular activity because of something that was posted online?

Courts have long held that schools can discipline students for off-campus speech that “materially and substantially” disrupts the learning environment at school. This standard is based on the landmark Supreme Court case Tinker v. Des Moines (1969) wherein the Court held that disciplining students for nondisruptive, passive speech at school (in this case, wearing a black arm band to protest the Vietnam war) is not permissible. The court famously concluded that students do not “shed their constitutional rights to freedom of speech or expression at the schoolhouse gate.” The Court added, however, that “conduct by the student, in class or out of it, which for any reason whether it stems from time, place, or type of behavior—materially disrupts classwork or involves substantial disorder or invasion of the rights of others is, of course, not immunized by the constitutional guarantee of freedom of speech.”

I do not believe the courts would endorse B.L.’s removal from school (if the school had, for example, suspended her). She was understandably upset and impulsively lashed out in a way that was inappropriate but not extraordinary for an adolescent. But there is a long history of case law affirming the right of a school to remove students from the privilege of extracurricular activities if they violate its athletic code.

In a school district just a few miles north of where I currently live, for example, a student was expelled from the high school wrestling team when evidence emerged that he was present at a party where under-aged students were drinking. There was no evidence that the wrestler himself was drinking, but that wasn’t relevant to the specific language of the athletic code which clearly stated that a student “must not attend gatherings where alcohol or other controlled substances are being used.” His dismissal from the team was viewed as appropriate by the U.S. District Court for the Western District of Wisconsin.

In B.L.’s case, the lower court acknowledged the Tinker standard, suggesting though that “B.L.’s off-campus messages were insufficiently disruptive for the school to discipline.” While her messages did find their way to her teammates and to campus, it is unclear the extent to which they were disruptive. As a result, District Court Judge A. Richard Caputo ruled that her dismissal from the team did in fact violate her free speech rights and ordered the school to clear B.L.’s disciplinary record.

The Third Circuit Muddies the Water

The Mahanoy School District appealed the decision to the Third Circuit Court of Appeals. A three judge panel agreed with the lower court, ruling that the school should not have removed B.L. from the cheerleading team. This conclusion is at least debatable. B.L.’s speech unquestionably impacted the cohesiveness/culture of the cheerleading team, but did it cause a disruption sufficient to implicate Tinker? There have in fact been previous cases where courts have failed to accept the position that simply disrupting team order is sufficient enough to allow discipline/removal (see, for example, Seamons v. Snow).

Had the Third Circuit stopped there, however, this would be an unremarkable case. But the Court went further, arguing that schools have virtually no authority whatsoever to discipline students for their off-campus speech. This is not only constitutionally dubious, but it is practically untenable and—what’s worse—potentially dangerous for students. The Third Circuit is attempting to address a gap in the knowledge about when precisely a school can intervene in off-campus matters by filling it with concrete. It is true that this is the simplest solution (schools cannot intervene in any off-campus speech whatsoever!), but it is neither thoughtful nor helpful.

It isn’t even the case that there is significant disagreement among the District or Circuit Courts across the nation. Five other Circuit Courts have heard cases involving off-campus student speech and all five agreed that schools may discipline students when their off-campus speech has a connection to the school and/or is disruptive. In a leery concurring opinion Judge Thomas Ambro acknowledged as much: “…ours is the first Circuit Court to hold that Tinker categorically does not apply to off-campus speech.”

The Third Circuit is attempting to address a gap in the knowledge about when precisely a school can intervene in off-campus matters by filling it with concrete.

Interestingly, a decade ago this same Circuit struggled with the question of whether a school can discipline a student for making MySpace profiles that are derogatory toward a principal. In two separate cases reviewed by two different three judge panels of the Third Circuit, judges reached contradictory conclusions. In one (Blue Mountain School District v. J.S.), a 14-year-old made a profile that said his principal was a “sex-obsessed pedophile.” In the other (Layshock v. Hermitage School District), a 17-year-old made a “nonthreatening, non-obscene parody profile making fun of the school principal.” In both cases the students involved were suspended from school for 10 days.

After first deciding that the school was within its authority to discipline the 14-year-old, but not the 17-year-old, the separate panels got together to review the cases en banc (essentially all of the judges of the Circuit reviewed the facts of both cases to resolve the discrepancy). In the end, the full court decided that the schools couldn’t discipline the students in either case, but not because they were prohibited from getting involved in off-campus matters, but because neither met the disruption standard established in Tinker. Remarkably, they conclude their en banc opinion by saying “The issue is whether the Supreme Court’s decision in Tinker v. Des Moines, can be applicable to off-campus speech. I believe it can, and no ruling coming out today is to the contrary.”

The U.S. Supreme Court has now agreed to weigh in and for the first time decide whether schools can discipline students for off-campus, online speech.

Prohibiting schools from intervening in off-campus speech that disrupts the learning environment at school would no doubt result in more bullying and cyberbullying behaviors, and make students feel less safe at school. In our 2019 national study, 10% of middle and high school students said they were cyberbullied in the last 30 days in a way that really affected their ability to learn and feel safe at school. If schools are unable to help in these situations, the student affected is being denied their right to feel safe at school. The threat of school discipline can also serve as a deterrent for students who might be tempted to abuse classmates online. In an academic paper published a few years ago, we found that students who believed that they would be punished by the school for cyberbullying were significantly less likely to engage in cyberbullying. Overall, more than 70% of the students we surveyed said they agreed that schools can discipline students for cyberbullying even when it doesn’t happen at school.

Prohibiting schools from intervening in off-campus speech that disrupts the learning environment at school would no doubt result in more bullying and cyberbullying behaviors, and make students feel less safe at school.

State legislatures have also recognized the importance of giving schools the tools necessary to prevent off-campus behaviors from interfering with a school’s mission. At last count there were at least 25 states that included language about addressing off-campus incidents of bullying within their anti-bullying statutes and administrative codes. All of these laws would become unconstitutional if the opinion of the Third Circuit is upheld.

It has long been recounted that Michael Jordan didn’t make the varsity basketball team at Emsley A. Laney High School in Wilmington, North Carolina, his sophomore year. And while B.L. is unlikely to turn into the G.O.A.T. in cheerleading, she will probably turn out just fine (she made the varsity squad her junior year!). But if the Supreme Court adopts the standard of the Third Circuit, schools across the country will struggle even more to manage behavior at school that originates from off-campus instigations, and students will needlessly suffer from incidents that could have been prevented. I’m not arguing that educators should serve as the police of the internet when it comes to student online behaviors, but they should be empowered to thoughtfully and reasonably intervene when they are made aware of situations that are likely to impact their classrooms. Failing to understand the close connection between online and offline—between social media sites and schoolyards—doesn’t mean these problems will go away. It just means fewer students and families will get the support they need.