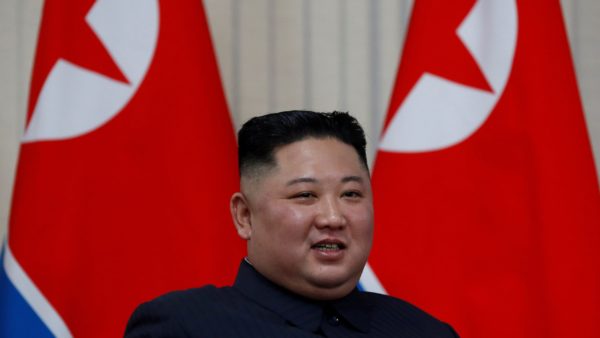 U.S. and international cybersecurity officials, along with private sector specialists, have accused North Korean hackers of infiltrating global financial networks, stealing from ATMs, and demanding ransoms in bitcoin as part of a wider effort to help the government evade sanctions. The FBI, along with the departments of Homeland Security, Treasury and State, issued an advisory in May warning that North Korean hackers had used an array of malicious software tools to continue their operations.

“We know well that the ulterior intention of the United States is to tarnish the image of our state and create a moment for provoking us by employing a new leverage called ‘cyber threat’ together with the issues of nuke, missiles, ‘human rights,’ ‘sponsoring of terrorism’ and ‘money laundering,’” North Korea’s Ministry of Foreign Affairs said in a May 28 statement.

“The previous incidents of cyberattack which the U.S. had linked to us were clearly proven to be the acts of international hackers, and even the experts in the U.S. have officially admitted them. It is none other than the U.S. that does not hesitate to abuse even the modern civilization – the creation of humankind – as a means of plots and fabrications in a bid to taint the countries of their ‘disliking’ with all sorts of slanders and disgrace.”

The U.S. Department of Justice in 2018 charged a North Korean computer programmer with hacking Bangladesh’s Central Bank, an attack that resulted in the theft of $81 million. Investigators also have blamed North Korea for the WannaCry ransomware outbreak, and in a series of attacks against cryptocurrency exchanges, causing $571 million in losses.