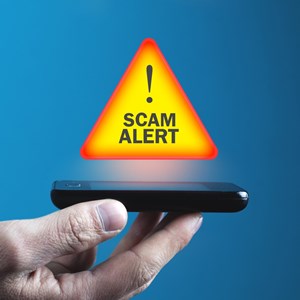 A new system to detect and remove scam adverts from the internet has been launched in the UK.

As reported by ITV, the UK Scam Ad Alert tool – set up by the Advertising Standards Authority (ASA) and the Internet Advertising Bureau (IAB) with support from digital ad platforms and tech giants – will allow people to report scam ads which appear in paid-for spaces online.

The ASA will then circulate details of the ads, remove them and suspend the advertiser’s account where possible. The ASA said that the system has been launched in response to concerning growing trends around online fraud and the financial harm it can cause.

ASA chief executive Guy Parker said: “The overwhelming majority of ads responsibly inform and entertain their audience, but a small minority are published with criminal intent.

“Our Scam Ad Alert system will play an important part in helping detect and disrupt these types of scams. By working closely with our partners such as Google and Facebook we can act quickly to have problem ads taken down as part of our ongoing work to better protect consumers online.”

However, Jake Moore, cybersecurity specialist at ESET, pointed out that, whilst such alert systems can help fight online scams, user awareness also plays a big part in detecting and stopping scams from being successful.

“Users need all the help they can get in a space where scam adverts are rife. However, a scam alert system only works when people correctly identify a misleading advert and they are taken down quickly enough before others are unfortunate enough to click into them. Similar to reporting abuse on social media, the efficiency of such systems is all down to the speed in which they can be effective.

“This is at the very least a step in the right direction, but the best approach is to teach the users about awareness and how to spot a fraudulent advert. Such clues lie in poor stylistics, bad grammar and strange looking links when hovering over the advert or long clicking on it.”