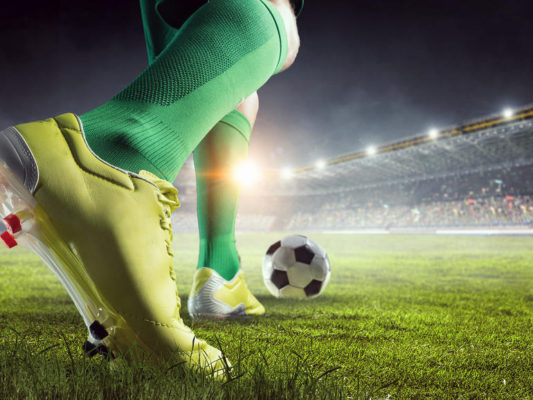 Cyber criminals will be trying to take advantage of the return of football's Premier League with cyber attacks and scams looking to prey on fans excited about watching games for the first time in months, the UK's National Cyber Security Centre (NCSC) has warned.

This week sees Premier League – and Championship – matches kicking off for the first time since the Coronavirus lockdown started in March. However, the games will remain behind closed doors because of the pandemic, so the only way to watch will be on TV or online streaming services.

While some games will be on free-to-air services, many will only be available subscription-based streaming channels – and the NCSC warns that hackers will be looking exploit insecure login credentials for their own gain.

That could be by guessing weak passwords to watch games without paying for them, but cyber criminals could also use compromised accounts as a stepping stone to other malicious activity including making unauthorised purchases or stealing personal information to target victims with additional scams and fraud.

The NCSC has therefore urged football supporters to secure their accounts with a strong password – particularly as previous research by the cyber arm of GCHQ revealed that passwords which are simply the name of a football team are among those which are most commonly hacked.

"The return of the Premier League is a moment that the nation has been looking forward to, and we want football fans to enjoy it in the safest way possible. Without the option of watching football matches at the pub or in person, it's fantastic that technology can bridge the gap and allow thousands of fans to watch their team from their own living room," said Ciaran Martin, NCSC Chief Executive Officer.

"We would strongly recommend fans check out the government's Cyber Aware campaign to ensure they have as safe a streaming experience as possible," he added.

The NCSC recommends that as users could be using their accounts for the first time in months, now is a good time to reset the password, not only to make the account more secure, but to immediately prevent anyone who is illegally using the account from doing so as they'll be logged out following the change.

The password should be strong and separate to any other accounts being used, with the NCSC recommending three random words which aren't used to secure another account. It's also suggested that the password is saved in the browser, so people don't need to worry about remembering it.

The NCSC also recommends that users download the latest security updates for streaming apps so that they're not vulnerable to any potential security issues which have been patched.