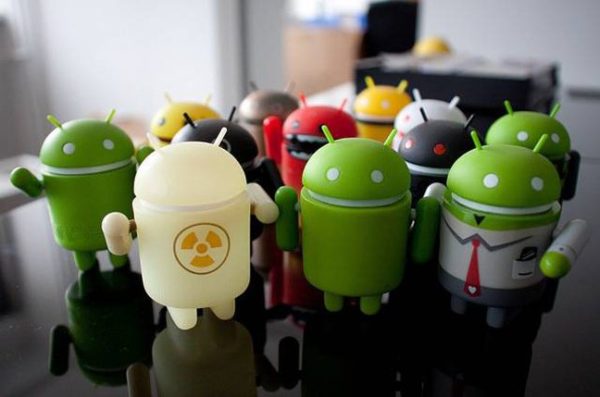 A newly uncovered strain of Android spyware lurked on the Google Play Store disguised as cryptocurrency wallet Coinbase, among other things, for up to four years, according to a new report by Bitdefender.

The malware, named Mandrake by the threat intelligence agency, featured a three-part structure that allowed its operators to evade detection by routine Google scanning.

Beginning with an innocuous-looking dropper hosted on the Google Play store, masquerading as one of a number of legitimate apps, Mandrake allowed its Russian operators to snoop on virtually everything unsuspecting targets did on their mobile phone.

"The crew might be based in either Russia or Kazakhstan," Bogdan Botezatu, director of threat research and reporting at Bitdefender, told The Register.

As well as posing as Coinbase, Mandrake's operators disguised their malware as apps for Amazon, Gmail, the Google Chrome browser, various Australian and German banks, currency conversion service XE and PayPal. Once the malicious app was downloaded by a victim, the dropper component would – at a point determined by the operators – download the second stage, the loader.

Even the droppers were capable of remotely enabling Wi-Fi, collecting device information, concealing their own presence by hiding notifications and auto-installing new apps. Anti-analysis components in one particular strain of Mandrake dropper, presented to users as a CAPTCHA, helped the malware evade examination by researchers through detecting whether it was running on a virtual machine or emulator.

In turn the loader components would download and install the core Mandrake malware. This fully compromised the target device, granting itself device admin privileges to forward all incoming SMS messages to the operators' server or a specified number, send texts, place calls, steal contact list information, activate and record GPS location, steal Facebook and financial app credentials, record the screen – and, the cherry on the cake, "initiate factory reset [to] erase all user data", cleansing the malware itself in the process.

"We presume that the number of victims is in the count of tens of thousands, but we don't know how many for sure," Botezatu told us. Bitdefender speculated that each attack over the four-year period was directed by humans rather than being fully automated, as many money-stealing malware families are.

In-depth spyware is normally the preserve of state-backed agencies, or companies peddling shady wares to such agencies and security forces.

Last year ESET discovered open-source spyware targeted at the Balouch people of the Afghanistan-Pakistan region, while a 2017 Black Hat presentation went into detail about efforts to cleanse the Google Play Store of government-surveillance malware of the same type as Mandrake. Despite those efforts, however, stalkerware – of the merely criminal, rather than espionage sort – continues to persist on the store, which is supposedly vetted by Google.

Even the best automated scanning can't detect every new threat from determined governments, however. ®

Sponsored: Webcast: Build the next generation of your business in the public cloud