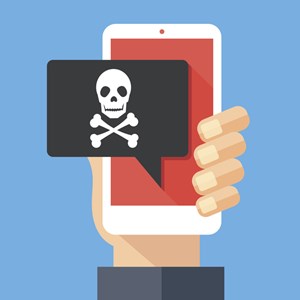 Threat actors hiding malware in adult content are targeting mobile users over those who turn to their PCs to get turned on.

Research published by Kaspersky found that while PC threats masquerading as pornography fell by 40% in 2019, attacks on mobile users increased.

Kaspersky's review of 2019 threat activity discovered that the number of mobile users attacked by threats disguised as pornographic content grew two-fold in 2019, reaching 42,973 users, compared to the 19,699 targeted in 2018.

Additional analysis demonstrated that pornographic content that could be rated as violent was rarely ever used by threat actors for spreading malware.

Advertising software that shows users unwanted content or redirects them to unwanted advertising pages was the most prominent mobile threat both in variety and in the number of attacked users. Out of the top 10 porn-related threats for mobile users in 2019, seven belonged to this class of threat.

An advertisement application detected as AdWare.AndroidOS.Agent.f hit 35.18% of mobile users targeted by malicious pornographic content in 2019. Typically, this type of threat is distributed through various affiliate programs that target victims with malicious applications or generate money per installation.

Dmitry Galov, security researcher at Kaspersky, said that the research demonstrated how cybercriminals adapt their tactics based on social trends.

“As users are becoming more mobile, so are cybercriminals,” said Galov.

“While we have not witnessed many changes in the techniques used by cybercriminals, statistics show that this topic remains a steady source of threats and users need to be aware of that, taking steps to protect access to the valuable data they keep on their devices."