Mahanoy Area School District v. B.L: When Can a School Discipline a Student for Online Speech? 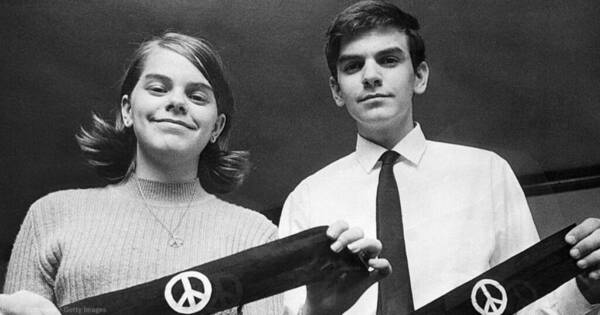 Yesterday I had the opportunity to participate in a panel to discuss the pending Supreme Court case Mahanoy Area School District v. B.L. Other panelists were Dr. Eric Kasper, a Professor of Political Science who teaches constitutional law at the University of Wisconsin-Eau Claire and who directs the Menard Center for Constitutional Studies, and Darpana Sheth, Vice President of Litigation for the Foundation for Individual Rights in Education. The panel was moderated by Dr. Tim Shiell, a professor of Philosophy at the University of Wisconsin-Stout. We discussed the potential implications of the case for student rights when it comes to off-campus/online speech. Each of us began with opening remarks. Below are mine. What do you think: Under what circumstances can/should/must a school respond to online student speech?

When 14-year-old Brandi Levy didn’t make the varsity cheerleading squad as a sophomore at Mahanoy Area High School, she was pissed. She did what a lot of adolescents do: she vented on social media. The caption “F*** school f*** softball f*** cheer f*** everything” appeared on Snapchat with a photo of her with her middle finger raised. The cheerleading coach caught wind of the post and kicked her off the team for the year. Was this an appropriate response? Was it a legal response?

As someone who has coached youth sports for many years, I can empathize with the coach in this situation. There’s no doubt Brandi’s comments would impact the culture of the team. And Levy agreed to abide by certain rules as a condition of being part of the team, including to: “have respect for [their] school, coaches, teachers, [and] other cheerleaders” and avoid “foul language and inappropriate gestures.” She clearly violated these rules and therefore some form of discipline was warranted.

But the foul language and inappropriate gesture occurred away from school and on the weekend. Does the school or coach still have the authority to respond? “What is the proper balance between a student athlete’s First Amendment rights and a coach’s need to maintain order and discipline” (Lowery v. Euverard, 2007)?

For over 50 years the standard for school involvement in off-campus affairs has been whether the speech or behavior in question resulted in (or was likely to result in) a material or substantial disruption at school, or if the speech or behavior infringed on the rights of other students. This stems from the landmark case Tinker v. Des Moines, 1969. While the most oft-cited quote from that case is “It can hardly be argued that either students or teachers shed their constitutional rights to freedom of speech or expression at the schoolhouse gate,” also of importance, especially in light of the current case, is “conduct by the student, in class or out of it, which for any reason whether it stems from time, place, or type of behavior—materially disrupts classwork or involves substantial disorder or invasion of the rights of others is, of course, not immunized by the constitutional guarantee of freedom of speech.”

In the current case, the Third Circuit would have us believe Brandi should not have been punished by the school. For those judges, it isn’t that the school disciplined Brandi too harshly, it is that they should have no role in disciplining her at all: “We hold today that Tinker does not apply to off-campus speech—that is, speech that is outside school-owned, -operated, or -supervised channels and that is not reasonably interpreted as bearing the school’s imprimatur.” Judge Thomas Ambro acknowledged the exceptional nature of this perspective, writing: “…ours is the first Circuit Court to hold that Tinker categorically does not apply to off-campus speech.”

Indeed, five other Circuits have addressed circumstances where schools responded to off-campus speech and all five applied the Tinker standard. In Wisniewski v. Weedsport Central School District (2007), the Second Circuit ruled that a student’s off-campus transmission of a digital icon depicting the killing of his teacher, though not necessarily a “true threat,” would create a disruption at school. “…it was reasonably foreseeable that Wisniewski’s communication would cause a disruption within the school environment….The fact that Aaron’s creation and transmission of the IM icon occurred away from school property does not necessarily insulate him from school discipline. We have recognized that off-campus conduct can create a foreseeable risk of substantial disruption within a school.…” In the Eighth Circuit, school discipline was allowed for two students who created a website that included sexually explicit and racist comments about classmates. “…the location from which the Wilsons spoke may be less important than the District Court’s finding that the posts were directed at [the school].”

Moreover, just a decade ago this same Third Circuit reviewed en banc two cases involving off-campus student speech (J.S. v. Blue Mountain School District, 2011; Layshock v. Hermitage, 2011). Then, they concluded “The issue is whether the Supreme Court’s decision in Tinker v. Des Moines, can be applicable to off-campus speech. I believe it can, and no ruling coming out today is to the contrary.”

Pennsylvania, like many states, recognizes the need to give schools the authority to respond to off-campus events when necessary. Pennsylvania law allows schools to address bullying that occurs outside of a school setting if those acts “interfere with a student’s education” or substantially disrupts the “orderly operation of the school.” And the Pennsylvania State Supreme Court ruled that Tinker allows schools to regulate off-campus speech (J.S. v. Bethlehem Area Sch. Dist, 2002).

The substantial disruption standard from Tinker is imperfect, but has more-or-less worked.

The substantial disruption standard from Tinker is imperfect, but has more-or-less worked. In all of the cases that I am aware of where a school was sued and lost for improperly disciplining a student for off-campus speech (J.S. v. Blue Mountain School District, 2011; Emmett v. Kent School District, 2000; Layshock v. Hermitage, 2011) a reasonable person would look at the facts of those cases and agree that the school overstepped its authority or responded in an overly heavy-handed way. There will never be a precise standard that will apply to all instances of student misbehavior at school or away from it, but “substantial disruption,” and whether the behavior “interferes” with the rights of students to feel safe, are pretty good measures when assessing the reasonableness of a school official’s actions.

Did Brandi’s comments result in a substantial disruption at school? Probably not. I tend to agree with the lower court’s conclusion that the off-campus messages were “insufficiently disruptive for the school to discipline.” But Brandi wasn’t suspended from school, she was restricted from the privilege of participating on the cheerleading team, and the Court has already demonstrated that students who want to voluntarily take part in extra-curricular activities have a reduced expectation of privacy (e.g., Vernonia v. Acton, 1995). Moreover, many courts have established that “There is no constitutionally protected right to play sports.” That’s from Angstadt v. Midd-West School District (2004) – another Third Circuit case from Pennsylvania (see also: Brentwood Academy v. Tennessee Secondary School Athletic Association [2001]; Alerding v. Ohio High School Athletic Association [1985]; Niles v. University Interscholastic League [1983]).

And there are many others:

In the Eighth Circuit – Wildman v. Mashalltown (2001) – Like Brandi Levy, Rebecca Wildman was relegated to the junior varsity team (her sport was basketball). She wrote a letter on her home computer that was critical of the coach: “It is time to give him back some of the bullshit that he has given us.” When the coach found out, he demanded an apology. When Rebecca refused, she was cut from the team. In siding with the school in allowing the discipline, the court concluded: “The school did not interfere with Wildman’s regular education. A difference exists between being in the classroom, which was not affected here, and playing on an athletic team when the requirement is that the player only apologize to her teammates and her coach for circulating an insubordinate letter.”

In the Sixth Circuit – Lowery v. Euverard (2007) – In addressing whether the school can kick players off the football team for circulating a petition to get the coach fired: “Plaintiffs’ regular education has not been impeded, and, significantly, they are free to continue their campaign to have [the coach] fired. What they are not free to do is continue to play football for him while actively working to undermine his authority.”

And finally in the Second Circuit – Doninger v. Niehoff (2011) – The court evaluated whether the school could prevent a student from running from senior class secretary as a consequence of an off-campus LiveJournal web post referring to “the douchebags in the central office.” “Doninger’s discipline extended only to her role as a student government representative: she was not suspended from classes or punished in any other way….Doninger’s behavior was potentially disruptive of student government functions and Doninger was not free to engage in such behavior while serving as a class representative — a representative charged with working with these very same school officials to carry out her responsibilities.”

What is the proper balance between a student athlete’s First Amendment rights and a coach’s need to maintain order and discipline?

Suffice it to say, prior to the Third Circuit’s revolutionary opinion, the law was pretty much settled regarding when a school can get involved in off-campus incidents (e.g., the Tinker standard), and it was clear that students do not have an unfettered right to participate in extracurricular activities. These established standards were thrown into dispute in the instant case.

Setting aside the constitutional issues of the particular case, as a researcher interested in the problem of youth cyberbullying, I fear that such a sweeping opinion that schools cannot respond to off-campus speech would make it difficult for schools to intervene in online incidents where behaviors perhaps don’t rise to the level of a true threat, but do create a hostile environment at school for a student. As the Fourth Circuit concluded in Kowalski v. Berkeley County Schools (2011), where a student created a MySpace page intimating that a classmate had herpes, “such harassment and bullying is inappropriate and hurtful and…it must be taken seriously by school administrators in order to preserve an appropriate pedagogical environment.” And with respect to the location of the speech, “where such speech has a sufficient nexus with the school, the Constitution is not written to hinder school administrators’ good faith efforts to address the problem.”

Brandi’s Saturday Snapchat statements were not of a bullying nature and probably did not result in a substantial disruption of the learning environment at school. She could not have been suspended from school for her comments, but consequences within the context of the cheerleading squad were justified. Coaches need the capacity to punish athletes who violate team rules. Similarly, schools need a clear framework to know when to respond to off-campus matters that threaten to disrupt their important work. Tinker allows for that, and therefore should be preserved.

Click here for a full recording of the panel.