Internet shutdowns around the world 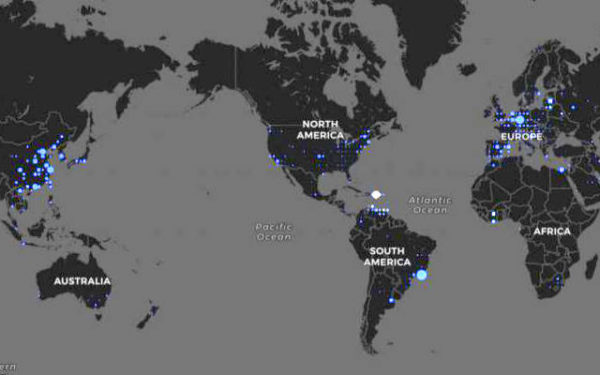 Internet shutdowns around the world: Where, why, and how to withstand them

Digital privacy expert reviews the most prominent internet shutdowns of 2019

Internet restrictions and shutdowns are becoming a popular means of repression for governments. In many countries around the globe, internet users face various levels of censorship and surveillance. Authorities limit or completely deny their access to social media websites, blogs, news outlets, and messaging apps. Last year was full of excessive internet disruptions, and the most recent cases in Venezuela, Iran, and India show a decline in internet freedom across the globe.

“Governments try to control their citizens’ online access to maintain political stability, protect national security, and impose traditional social values,” says Daniel Markuson, the digital privacy expert at NordVPN. According to the expert, different countries can have different motives, and the severity of the actions varies too. These may range from temporary shutdowns in specific areas to long-lasting blackouts throughout the entire country.

India. Ironically, India – the world's largest democracy – is the global leader in denying internet access to its citizens. According to the #KeepItOn campaign’s data, there were 128 documented shutdowns in the first half of 2019, and 80 of them happened in India. The state of Jammu and Kashmir has been facing the world’s longest shutdown ever inflicted in a democracy – 155 days and counting. India imposed the complete internet blackout in early August last year when the authorities revoked Kashmir’s autonomy and statehood. The Indian government says the shutdown helps maintain security in the territory, which is claimed by both India and Pakistan.

Venezuela. The reports of internet restrictions and shutdowns in Venezuela are becoming too frequent to count. State-run internet providers keep cutting off their services and restricting Venezuelans’ access to social media in the government's efforts to remain in power and quell political protests. In the country where military uprisings threaten to remove the president, the government is doing everything to keep its citizens in the dark. Its methods include blocking telecommunications, internet service, news broadcasting, and even turning off the power. Last year, NordVPN received 437 Emergency VPN requests from journalists, human rights activists, and various non-governmental organizations in need of unrestricted access to the internet in Venezuela.

Iran. In November 2019, the Iranian government shut off the internet for nearly all of its population of more than 80 million people. The authorities claimed this was done to silence protests over rising fuel prices. Ironically, Iran removed fuel subsidies and raised gas prices to boost the economy, but the week-long shutdown of the internet cost an estimated $1.5bn. Experts fear this drastic action might have shown the regime’s plans to restrict the Iranian public’s access to the outside world.

Another big and powerful country might join the list in the near future. Last year, a law introducing new controls on the internet to make it more state-controlled came into force in Russia. It means that the officials will be able to cut off connections to the world wide web if they see an emergency. The authorities claim this is being done to protect Russia from cyberattacks and external influences. Meanwhile, critics see the new regulation as a threat to freedom of information online and a violation of Russians’ rights to free speech.

The United Nations explicitly identifies intentional internet disruptions as a human rights violation. However, governments see that as the easiest way to stop the dissemination of information. One way to bypass such blocks and to stand up for your digital rights is by using a reliable VPN (virtual private network), like NordVPN. VPNs send your internet traffic through an encrypted tunnel, which protects your online activities from surveillance. Also, they hide your IP address and location, so you can access content that is blocked in your country.

NordVPN is the world’s most advanced VPN service provider, used by over 12 million internet users worldwide. NordVPN provides double VPN encryption, malware blocking, and Onion Over VPN. The product is very user-friendly, offers one of the best prices on the market, has over 5,000 servers in 60 countries worldwide, and is P2P friendly. One of the key features of NordVPN is the zero-log policy. For more information: nordvpn.com.