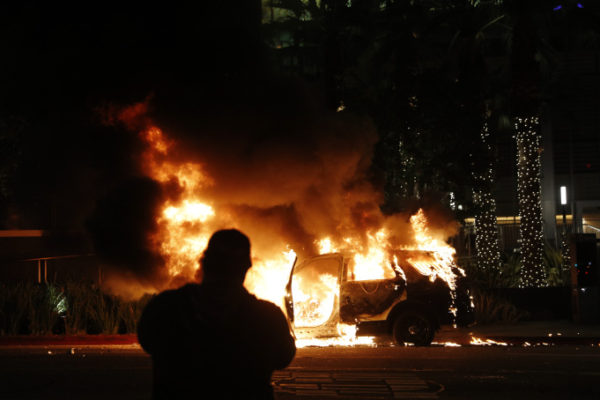 The internet was abuzz late Saturday night with speculation that Anonymous — the decentralized hacker collective — had successfully disabled the Minneapolis Police Department website, in retaliation for the murder of George Floyd.

The Minneapolis PD site, as well as the parent City of Minneapolis site, became inaccessible late Saturday, according to multiple user reports.

By early Sunday, the sites were still experiencing access problems, sporadically requiring visitors to enter “captchas” verifying they weren’t bots in a front-end hosted by internet security firm Cloudflare — a signal the sites were experiencing a distributed denial of service (DDoS) attack, designed to render an internet service unusable by flooding it with bogus traffic. (A separate site for the Minneapolis Police Department, insidempd.com, appears to be unaffected.)

The disruption to the Minneapolis municipal sites came after a Facebook page claiming to be affiliated with Anonymous posted a video on May 28 warning the Minneapolis PD that it “will be exposing your many crimes to the world” and that “this week’s brutal killing of George Floyd… is merely the tip of the iceberg in a long list of high-profile cases of wrongful death at the hands of officers in your state.” The video, which has been viewed over 1.8 million times, features a figure wearing a Guy Fawkes mask and an electronically altered voiceover, which are hallmarks of the group. 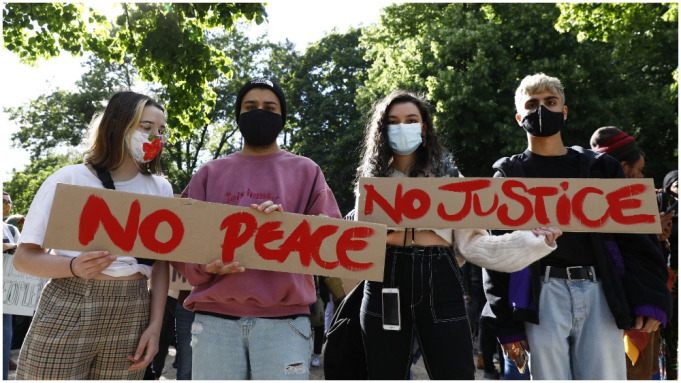 The death of Floyd, who was killed May 25 while in the custody of Minneapolis PD, has ignited nationwide protests and rioting. On Friday, former police officer Derek Chauvin, who had kneeled on Floyd’s neck, was charged with third-degree murder and manslaughter.

The @LatestAnonNews Twitter account, which claims to be run by “multiple Anons,” did not explicitly take credit for the outages of the Minneapolis Police Department and city government websites, but it retweeted others who suggested those were the result of an attack carried out by the group.