Explained: Everything you need to know about hacktivist group Anonymous 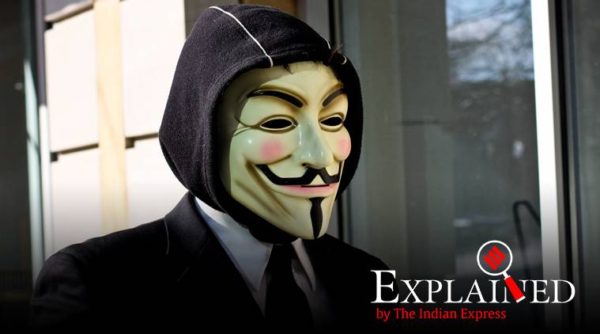 The worldwide group is believed to include anyone who wants to join; its members being referred to as ‘anons’. (Source: Wikimedia common)

As racial tensions in the US continue to make headlines, the ‘hacktivist’ group Anonymous is back in focus with social media handles believed to be associated with it promising retribution for the death of George Floyd.

On May 28, in a video posted on an unconfirmed Facebook page, a speaker wearing Anonymous’s signature Guy Fawkes mask accused the Minneapolis police of having a “horrific track record of violence and corruption” and threatened to “expose” its “many crimes”, TIME reported.

Since then, the group has been accused of carrying out a cyberattack on the websites of the city of Minneapolis and its police department, making them temporarily inaccessible. The webpage of a United Nations agency was also defaced, and replaced with a memorial carrying an Anonymous symbol that read “Rest In Power, George Floyd!”

Who are the Anonymous?

The group has been described as a decentralised online collective with no particular political affiliation, that rallies around causes such as opposing censorship and government control and promoting freedom of speech. In the past, it has expressed support for the Occupy movement and Julian Assange’s WikiLeaks. The worldwide group is believed to include anyone who wants to join; its members being referred to as ‘anons’.

A signature characteristic of Anonymous is the Guy Fawkes mask, portrayed in the dystopian novel and film ‘V for Vendetta’, in which an anarchist anti-hero wearing the mask fights against a fascist, white supremacist government. Even beyond the internet, sympathisers of the movement have sported the Guy Fawkes at rallies around the world.

Another attribute of the group is the use of voice changers or text-to-speech programmes that let anons mask their voice in video messages.

Anonymous does not use any verified social media handles, with multiple factions using portals such as the ‘AnonNews’ website and Twitter account for disseminating the group’s motives and campaigns.

The movement is believed to have started on imageboard websites such as 4chan in the early 2000s, and first became famous in 2008 when it unleashed cyberattacks on the Church of Scientology after the latter sought to remove from the internet a controversial video of filmstar Tom Cruise–an outspoken Scientologist– speaking about his religious beliefs.

In 2010, Anonymous was believed to be responsible for cyberattacks on Visa, MasterCard, and PayPal, after the financial services firms blocked donations to the controversial whistleblower WikiLeaks.

In 2011, Anonymous launched a tirade against the Westboro Baptist Church, a denomination known for its extreme opposition to homosexuality. Also that year, the group was alleged to have sabotaged electronics giant Sony’s PlayStation network, after anons accused Sony of backtracking from providing an advertised feature. During the 2011 Arab Spring, it went after government websites in Egypt and Tunisia.

📣 Express Explained is now on Telegram. Click here to join our channel (@ieexplained) and stay updated with the latest 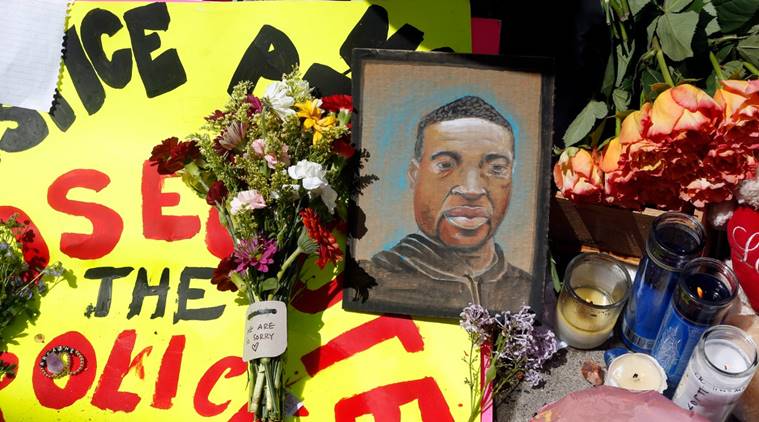 A year later, after the US banned the popular file-storage website Megaupload, Anonymous shut down the websites of the Federal Bureau of Investigation (FBI) and the Department of Justice. In April 2012, Time magazine named Anonymous in its World’s 100 Most Influential People list.

Also in 2012, the hacking movement called for protesters across India to oppose what it considered growing government censorship of the internet after a Chennai court demanded 15 service providers to block access to file-sharing websites such as Pirate Bay.

WEBINAR: Unlockdown, And After: What Holds For The Jobs Market As Economy Contracts
In conversation with Manish Sabharwal, Chairman & Co-Founder, TeamLease Services Ltd; Director, Central Board of @RBI

Over the years, the group has targetted child pornography websites and recruiting portals for the Islamic State. It has also gone after government agencies such as the Central Intelligence Agency (CIA) and the Pentagon in the US and the Scotland Yard in the UK.

This is not the first time that Anonymous has taken part in protests against racial discrimination in the US. In 2014, anons attacked the City Hall website of Ferguson, Missouri, after the fatal shooting of Michael Brown, and threatened cyber attacks against police and local government if protesters were harmed.

Anonymous is known to primarily employ what is known as Distributed Denial of Service (DDoS) attacks, in which hackers swamp a website’s server with data that causes it to crash, making the website inaccessible.

Another tactic that it uses is defacement– when the target website’s pages are replaced with the hacktivists’ messages and graphics. A related method is redirection– in which a change in the chosen web site’s addressing causes its users to be redirected to another page.

The group also uses more serious methods such as doxing, in which private or sensitive information is stolen, destroying data using computer viruses, and “phishing” for extracting personal data.

Anonymous members have had several run-ins with the law, with government agencies making arrests for computer hacking, fraud, and cyber-stalking.

In 2017, American hacktivist James Robinson was sent to prison for six years after being convicted for carrying out DDoS attacks. Another hacker, Deric Lostutter, was sentenced to two years in prison after infiltrating the website of a high school sports team for exposing the alleged coverup of a 2012 rape case.

📣 The Indian Express is now on Telegram. Click here to join our channel (@indianexpress) and stay updated with the latest headlines

For all the latest Explained News, download Indian Express App.