Can Schools Discipline for Off-Campus Speech? The U.S. Supreme Court Weighs In 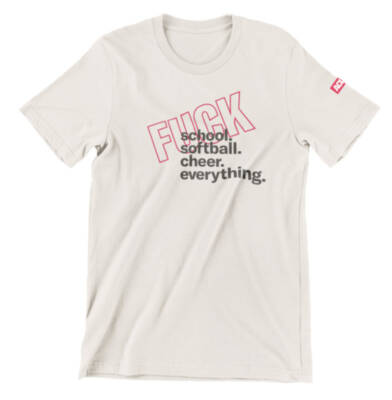 The U.S. Supreme Court has just released a highly anticipated opinion in the case of a Pennsylvania high school cheerleader who was suspended from the team for profanity about the team that was posted to Snapchat on the weekend. (If you are new to Mahanoy v. B.L., see my previous posts here and here.) We were primarily interested in this case because of the potential implications of the sweeping and unique opinion offered by the Third Circuit Court of Appeals, which intimated that schools have no authority whatsoever when it comes to disciplining student behavior or speech that occurs off-campus. The Supreme Court rightfully rejected this stance: “Unlike the Third Circuit, we do not believe the special characteristics that give schools additional license to regu­late student speech always disappear when a school regu­lates speech that takes place off campus.” The Court ultimately did side with the student, but stopped short of providing a playbook for when schools can (or must) respond to off-campus activities.

“Unlike the Third Circuit, we do not believe the special characteristics that give schools additional license to regu­late student speech always disappear when a school regu­lates speech that takes place off campus.”

Regrettably—but not unpredictably—when considering the question of whether schools can address off-campus behaviors, the Court offered a very narrow perspective. It focused only on the specific facts in the B.L. case and did not expound further to offer any broad principles that could be applied to subsequent situations: “While public schools may have a special interest in regulating some off-campus student speech, the special interests offered by the school are not sufficient to overcome B. L.’s interest in free expression in this case” (emphasis added). Essentially the Court points out that school officials need to evaluate the circumstances of each particular case: whether there is a disruption at school, threat to students or staff, or any number of other possible factors that may or may not implicate the school.

Seemingly, then, the Court does reaffirm the Tinker Standard—that the behavior in question must result in a substantial disruption of the learning environment at school (or have a high likelihood of doing so) to warrant school discipline (Tinker v. Des Moines, 1969)—as I was advocating for in a previous post: “But we can find no evidence in the record of the sort of ‘substantial disruption’ of a school activity or a threatened harm to the rights of others that might justify the school’s action…The alleged disturbance here does not meet Tinker’s demanding standard.”

Interestingly, Justice Alito’s concurring opinion includes an erroneous footnote: “Tinker makes no reference whatsoever to speech that takes place off-premises and outside “authorized hours.” While not explicit, we do have this quote from Tinker: “conduct by the student, in class or out of it, which for any reason whether it stems from time, place, or type of behavior—materially disrupts classwork or involves substantial disorder or invasion of the rights of others is, of course, not immunized by the constitutional guarantee of freedom of speech” (emphasis added).

And while the Court did not specifically mention cyberbullying, it did acknowledge that off-campus bullying is a behavior that schools can indeed address: “The parties’ briefs, and those of amici, list several types of off-campus behavior that may call for school regulation. These include serious or severe bullying or har­assment targeting particular individuals [and] threats aimed at teachers or other students…” Significantly, this might be the very first time “bullying” has appeared in a Supreme Court opinion. Fitzgerald v. Barnstable (2019) and Ryburn v. Huff (2012) include the word bullying, but only in the context of the facts of the case, not in the opinion of the Court. That alone says something. It seems the Court read our Amicus Brief – one of dozens submitted in this case. Justice Alito also recognizes, however, the inherent challenge in codifying prohibitions against bullying within a First Amendment framework: “Bullying and se­vere harassment are serious (and age-old) problems, but these concepts are not easy to define with the precision re­quired for a regulation of speech.”

It is largely accepted that B.L.’s speech was not disruptive to the learning environment and that she therefore should not have been deprived the right to a public school education. But, as I argued in my previous post, she wasn’t suspended from school. Rather,she was restricted from the privilege of participating on the cheerleading team. Many courts have established that “There is no constitutionally protected right to play sports” (Angstadt v. Midd-West School District [2004]) (see also: Brentwood Academy v. Tennessee Secondary School Athletic Association [2001]; Alerding v. Ohio High School Athletic Association [1985]; Niles v. University Interscholastic League [1983]).

And yet the Supreme Court failed to address this important distinction in its opinion. They treat the case as if she had been suspended from school. The Court neither clarified explicitly that students have a constitutional right to participate in extracurricular activities (which would be a new precedent), nor that students are free to violate team rules without fear of punishment. It is without debate that B.L. violated team rules, and yet the Court failed to make the case that those rules were unconstitutional. Curiously, Justice Alito’s concurring opinion grants that a coach has the authority to “allocate playing time” in a way that encourages “cohesion and harmony.” Isn’t this precisely what the coach did: limit her “playing time” (for a year)?

Here is perhaps a more important question, also left unanswered by the Court in this opinion. Must a school respond to off-campus behaviors that substantially disrupt the learning environment of a particular student? Said another way, does a school have an obligation to intervene in a case where a student is being bullied online? The Supreme Court has stated that schools are required to intervene in on-campus bullying based on a protected status (e.g, sexual or racial harassment), but what about incidents that happen away from school that involve students and implicate the school environment? Are schools now permitted—even encouraged—to ignore all off-campus incidents lest they find themselves in a defensive position at the Supreme Court?

I have already observed Free Speech absolutists championing this opinion as evidence that schools have no authority whatsoever in intervening in off-campus speech/behavior. But that is simply not a correct reading of the ruling. The Court articulated this plainly: “The school’s reg­ulatory interests remain significant in some off-campus circumstances.” Justice Alito also recognized as much in his concurring opinion (joined by Justice Gorsuch): “The Court holds—and I agree—that: the First Amend­ment permits public schools to regulate some student speech that does not occur on school premises during the regular school day….”

“The Court holds—and I agree—that: the First Amend­ment permits public schools to regulate some student speech that does not occur on school premises during the regular school day.…”

I see that the ACLU is now offering t-shirts for sale emblazoned with the now-famous Snapchat quote. They seem to think this case is a victory for their cause. I’m not so sure. As far as I can tell, nothing has changed. Schools still can limit student speech–even off-campus student speech–in many situations (particularly when there is a disruption or when a specific student is targeted). I wonder how the ACLU would feel if a student was suspended from school for wearing this shirt. We may find out as there is bound to be a court case eventually.