Can Empathy Reduce Cyberbullying Based on Race or Religion? 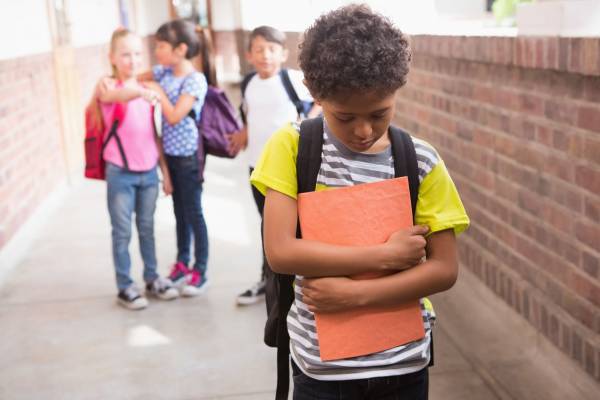 I have been increasing concerned about rising levels of hate speech, hate crimes, racist bullying, and xenophobia – especially when considering how these behaviors online are linked to violence offline against marginalized groups. It isn’t just alarming, it’s frightening – especially being a minority and considering what my children may have to deal with while growing up. This concern prompted Justin and me to study youth who have been targeted because of their race or religion, and the results were just published in the Journal of Early Adolescence.  While the reality of this problem is stark, we were able to identify the critical importance of promoting empathy among our young people. Please email us if you’d like the full paper in PDF format. For now, allow me to summarize our hypothesis, data, and results.

First, let’s be clear about what we studied. Online hate has been conceptualized as online actions that “demean or degrade a group and its members based on their race/ethnicity, national origin, sexual orientation, gender, gender identity, religion, or disability status” 1. However, it typically is directed towards a collective 2-4 rather than a singular peer, and also tends to relate to radicalization and the participation in extremist groups intent on doing violence towards specific targeted groups 5-7.

Related to this is what is called bias-based cyberbullying, which involves willful and repeated harm inflicted through online actions that devalue or harass individuals specific to one of the aforementioned identity-based characteristics. With our focus on youth, we have found that the aggressors tend to be peers known from school or the community.

Next, we wanted to sus out the protective role of empathy. Empathy consists of multiple mental processes that influence an individual’s interpersonal interactions throughout the lifetime. This includes:

Affective empathy –  feeling or experiencing the emotions of someone else 8, 9
Cognitive empathy – understanding their feelings (also known as perspective-taking) 10, 11

Another important distinction between the two is that affective empathy tends to be largely automatic and a mostly unconscious emotional reaction. Cognitive empathy involves an intentional, conscious placing of oneself in the position of another to identify and comprehend someone else’s feelings 12.

Then, Justin and I realized that many studies have been conducted in a host of countries outside of the United States, identifying that those who bully online tended to have lower levels of affective empathy and even lower levels of cognitive empathy 13. However, could the experience of US youth be different? And would the findings be stronger, weaker, or nonexistent when considering harm motivated by bias or prejudice against certain races or religions?

So, we collected data from a nationally-representative sample of English-speaking 12 to 15-year-old middle and high school students to answer these questions. Among the 1,644 youth who participated, early adolescents with higher total empathy (affective + cognitive) were significantly less likely to cyberbully others generally, based on race, or based on religion.

In addition, early adolescents with higher cognitive empathy were significantly less likely to have cyberbullied others in general, or cyberbullied others because of their race or religion. Interestingly, affective empathy was not significantly related to either the general nor specific types of cyberbullying we studied. Full univariate, bivariate, and multivariate results and explanations can be found in the paper (again, feel free to email us for a PDF).

Has Hate Been Normalized In Society?

Here’s something that is very striking to me: In previous research, cognitive empathy (and not affective empathy) has been found to be associated with sensitivity to injustice 14. Obviously, we want our kids (and everyone!) to be moved when they see injustice of any form, regardless of where or to whom it occurs. It is arguable, though, that kids in recent years have been exposed to elevated amounts of hate speech and xenophobia (from parents, peers, and even civic leaders) 4, 15, and all of this has normalized and justified perceptions of the inferiority of minority group members as compared to those in the majority 16. I know it may sound conspiratorial, but the citations in our piece underscore how has played out.

All of this, then leads to an environment in which youth feel apathy or contempt to those different than them, rather than feeling empathy and understanding17…which can then lead to harm, abuse, and other forms of victimization.

So where do we go from here? In our paper, we discuss how intentional educational initiatives, structured curricula, and novel programming must be used to counter learned prejudices, hateful narratives and messaging in media and culture, and bias-breeding echo chambers in communities offline and online. You have seen and experienced these contributing factors, and they will continue to have tremendous negative influence on our kids unless we war against them. Along these lines, we point out that identity-centric social and emotional learning (SEL) programs can help, solution-focused drama therapy 18, online (digital/virtual) storytelling and perspective taking 19-22, and even virtual reality simulations 23, 24 should be used for a population of youth which has grown up learning from and consuming digital content through their phones.

Faithfully experimenting with and implementing these efforts can help youth better understanding another person’s emotions and experiences because of a growing awareness of structural inequalities, institutional bias, and other manifestations of minority group mistreatment, thereby cultivating greater cognitive empathy. As a result, we should see decreased participation not only in race- and religion-based cyberbullying, but other forms of bias-motivated cyberbullying (such as that tied to one’s sexual orientation, gender identity, or disability). Rather than simply nodding our heads in agreement about this ideal, we must roll up our proverbial sleeves and make sure the youth we serve really do “get” it.

8. Mehrabian A, Epstein N. A measure of emotional empathy. Journal of personality. 1972;

13. Zych I, Baldry AC, Farrington DP, Llorent VJ. Are children involved in cyberbullying low on empathy? A systematic review and meta-analysis of research on empathy versus different cyberbullying roles. Aggression and violent behavior. 2019;45:83-97.

14. Decety J, Yoder KJ. Empathy and motivation for justice: Cognitive empathy and concern, but not emotional empathy, predict sensitivity to injustice for others. Social neuroscience. 2016;11(1):1-14.