Call to be aware of foreign interference risk during elections 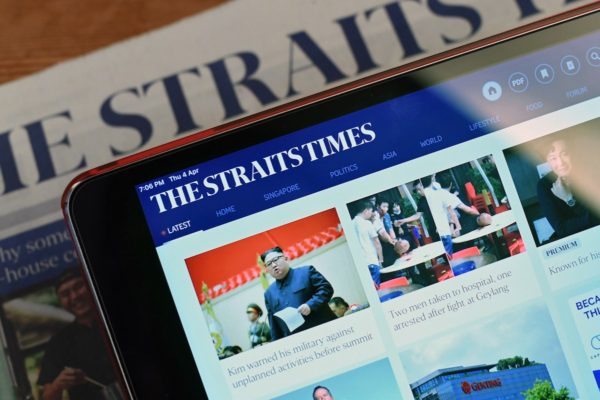 The Internet has made foreign interference in elections easy and inexpensive to carry out, and it will be foolish for Singapore not to take steps to deal with the threat, Law and Home Affairs Minister K. Shanmugam said yesterday.

Whether it is cultivating political parties or sentiment amplification - such as using fake accounts to push a particular narrative - different methods of interfering in elections are "getting fused" together and employed by various entities, both governments and non-state actors, he added.

"The Internet has turbocharged this kind of interference through fake news, through lies, through a variety of disinformation campaigns, through hacking," he noted. "Many things are happening, and you got to be on top of the game."

Among the nations that said they have been targeted are advanced ones such as the US, Britain, France and Germany, he said.

But there are ways to prepare for and counter foreign actors who try to interfere in elections or shape the voting behaviour of an electorate, said Mr Shanmugam.

Top on the list is to be aware of the risks and have cyber-security safeguards.

Mr Shanmugam cited the 2017 French presidential election, in which the campaign team of then candidate Emmanuel Macron successfully fooled hackers to break into a honeypot account.

The hackers proceeded to leak the stolen trove of documents, some of which were obviously fake.

This alerted the French people to the presence - and danger - of a coordinated campaign of disinformation and hacking.

In April this year, Singapore's Home Affairs Ministry, Cyber Security Agency and the Elections Department issued a joint statement that called on Singapore's political parties to deepen their understanding of the threat of foreign interference, strengthen their IT infrastructure, and protect their online accounts as well as the storage and management of data.

The statement detailed precautionary measures the political parties should take, such as not re-tweeting or reposting posts and memes without verifying their provenance and authenticity, monitoring their own social media platforms for suspicious activity, and abiding by the Political Donations Act.

"You know it's been done, it's being done... it's easy to do and it's easy to do by a lot of people, so it'll be foolish of us not to take steps to deal with it," said Mr Shanmugam.

While Singapore may not have the resources that bigger countries have to deal with the problem, the Republic has some technical capability and ability to plan against such interference, and will stay vigilant against this threat, he added.

"I'm not going to say we're going to be able to catch everything, but being aware of the risk is quite a lot of the problem solved."